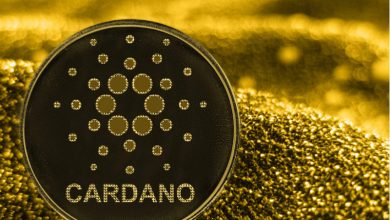 According to reports, Charles Hoskinson said the suggestions might cause the complete prohibition of Bitcoin while being critical about the proposals of the recent White House Office of Science and Technology statements. This proposal involves carrying along the United States DoE (Department of Energy) and the United States EPA (Environmental Protection Agency) to develop proof-driven environmental benchmarks for the appropriate development of digital assets.

Cryptocurrency has a considerable impact on energy use and greenhouse gas (GHG) emissions, according to a recent analysis from the White House Office of Science and Technology Policy (OSTP).

In addition to discussing strategies to lessen or minimize the environmental effect of digital assets, the document also discussed how blockchain technology might help safeguard the environment. The report also speculated that crypto assets require close to 50 billion kilowatt-hours of energy annually in the US.

The US Legislation On Cryptocurrency

“EPA and DoE are going to start talking to crypto companies to tell them to change the way their cryptocurrencies work basically,” said Hoskinson. He mentioned that in these bodies’ instructions to crypto companies, they might include benchmarks for minimum energy intensities, low noise generation, clean operator energy utilization, and minimum water usage and that these standards may get intensified after some time to include extra carbon-free generation and reach and go beyond the excess electricity consumption of their facilities.

He also added that these precautions may lack the potency to minimize effects and that the government should consider exploring administrative steps and may issue a regulation to mitigate or eradicate the usage of intensive power-consuming consensus mechanisms for cryptocurrency asset mining, which he regarded as the complete ban of bitcoin.

The order issued by the US president asking for responsible digital asset innovation triggered the response made by Charles Hoskinson.

Furthermore, Hoskinson also said that the United States government could make use of many techniques to accomplish its goals that will result in a threat to proof-of-work crypto assets, which is why he suggested the use of Ofelimous. Ofelimous is a PoUW (Proof of Useful Work) protocol with the principal aim of reducing the Proof of Work (PoW) chain’s carbon footprint, including Bitcoin.

Charles believes the appropriate use of Ofelimous, Cardano protocol, might aid Bitcoin in surviving as a cryptocurrency and avoiding regulator hostility. The Cardano creator strongly believes that the carbon scoring of cryptocurrency asset mining by the administration cannot be avoided because of the adoption scale of the digital asset space. He also reaffirmed his opinion that PoW is inferior to PoS.