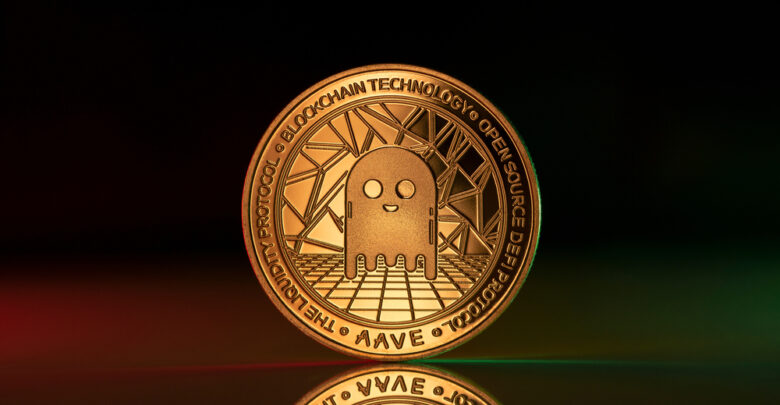 The consensus transition from proof-of-work to a proof-of-stake protocol on the Ethereum blockchain is set to happen in the next few days. The highly awaited first-of-its-kind transition will happen on the 15th of September after many hurdles, hitches, and bugs.

In preparation for the Pow to Pos stake transition, all Ethereum-based tokens, virtual currency founders, and miners are also making plans to secure their projects. A decentralized Finance virtual currency, Aave has just decided on lending out Ethereum tokens during the upgrade/transition.

The Ethereum-powered decentralized finance lending system, Aave, has decided to halt one of its lending features ahead of the merge upgrade on the ETH chain. The Defi token community approved the ban on borrowing Ethereum until after the success of the Pos transition.

According to Coingape, the borrowing and lending project has been deliberating on the possible effects the Ethereum merge may have on the network. After much consultations and deliberations to halt some activities, a poll was created among the community members.

The poll spanned between the 30th of August and the 2nd of September to all eligible community members. The users were to vote between a temporary ban on ETH borrowing or the lending should be continued.  After the poll, the community members voted in support of placing a ban on the lending out of ETH till after the upgrade. The

According to reports, over 90% of the members voted to stop the ETH borrowing process. Once the ETH borrowing feature is suspended, all members will be tasked to pay 60Aave tokens each. The voters agreed to pay the stated fee, and the users have paid over 200,000 Aave tokens.

The poll between the Aave users stated that ETH borrowing should be suspended immediately after the merge. The poll ended with a great faction supporting the suspension of the activity at the expense of their Aave tokens.

However, there are speculations that the voting process may be triggered by fear of risks attached to the features during the upgrade. Probably, halting the feature seemed like a precautionary measure and a way out for the users.

The poll revealed that less than 10% of the users opposed the suspension of the ETH lending feature. Many users believe the network may be attacked during the Ethereum merge, as the transition may make the network vulnerable.

If the network is attacked or misused, it may cause a long-term negative effect on Aave in the cryptocurrency markets. The token may liquidate or bear down if users are allowed to borrow ETH during the merge.

Aave community users are inclined that the best preventive method is stopping the borrowing feature until after the merge. Also, the users refuted claims of supporting the ETH Pow hard fork being developed.